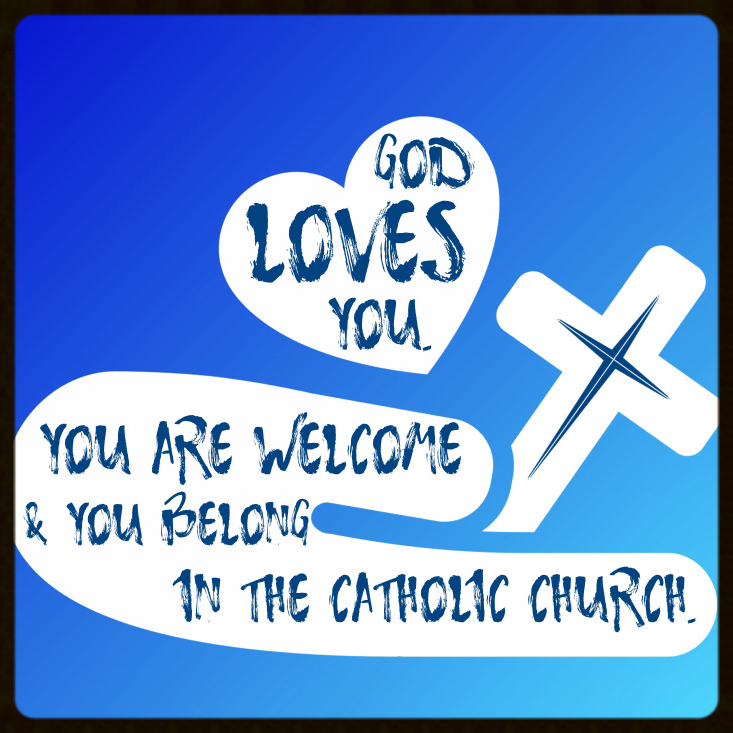 When therefore they continued asking him, he lifted up himself, and said to them: He that is without sin among you, let him first cast a stone at her. And again stooping down, he wrote on the ground. But they hearing this, went out one by one, beginning at the eldest. And Jesus alone remained, and the woman standing in the midst. Then Jesus lifting up himself, said to her: Woman, where are they that accused thee? Hath no man condemned thee? Who said: No man, Lord. And Jesus said: Neither will I condemn thee. Go, and now sin no more. Again therefore, Jesus spoke to them, saying: I am the light of the world: he that followeth me, walketh not in darkness, but shall have the light of life.

The number of men and women who have deep-seated homosexual tendencies is not negligible. They do not choose their homosexual condition; for most of them it is a trial. They mustbe accepted with respect, compassion, and sensitivity. Every sign of unjust discrimination in their regard should be avoided. These persons are called to fulfill God's will in their lives and, if they are Christians, to unite to the sacrifice of the Lord's Cross the difficulties they may encounter from their condition.

Homosexual persons are called to chastity [as all are called to chastity]. By the virtues of self-mastery that teach them inner freedom, at times by the support of disinterested friendship, by prayer and sacramental grace, they can and should gradually and resolutely approach Christian perfection.

Courage is an international apostolate of the Catholic Church, which ministers to persons with same-sex attractions. Browse the many great resources available or join a support group. Resources for family members, friends, loved ones, clergy and doctors of those who experience same-sex attractions can also be found on this website.

original personhood beyond the LGBT+ paradigm

An apostolate aimed at reaching out to CatholicMillennials who experience same-sex attraction.

"Because what we do and what we have done isn’t exactly 'who we are.'  These are aspects of us, sure.  Facets of the whole.  But who we are starts in the very beginning.  It starts before we were born.  It starts before our conception.  It will go on long after we die."

YouTube Video: Fr. Mike Schmitz compassionately speaks to an audience at the 2016 Steubenville On The Lake Conference about same-sex attraction.

Father Mike discusses his book, "Made For Love: Same-Sex Attractions and the Catholic Church." There is a widespread confusion about what exactly the Catholic teaches. As always, Father Mike explains the Church teaching clearly, but also sensitively and with love.

DOES THE CHURCH HATE GAYS?

How Should a Catholic Parent Respond?

"Sex Change" Surgery: What You Should KnoW

By Walt Heyer: This article provides an explanation of the history of the contemporary transgender movement, including information about its founding fathers, and about the early research into the benefits of "sex change" surgery. Walt Heyer underwent this surgery and provides fist-hand insight into the topic.

Published on Oct 28, 2014 by Blackstone Films. This is an extremely well-done documentary focusing on the Catholic Church’s teachings regarding Homosexuality.Watch to find out what the Church truly teaches on the subject.