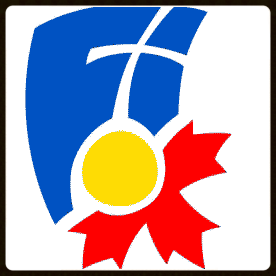 Let no man despise thy youth: but be thou an example of the faithful in word, in conversation, in charity, in faith, in chastity.

Like Baptism which it completes, Confirmation is given only once, for it too imprints on the soul an indelible spiritual mark, the "character," which is the sign that Jesus Christ has marked a Christian with the seal of his Spirit by clothing him with power from on high so that he may be his witness.

This "character" perfects the common priesthood of the faithful, received in Baptism, and "the confirmed person receives the power to profess faith in Christ publicly and as it were officially (quasi ex officio).

World Youth Day began in 1984 during the  John Paul 2 papacy. To date, there have been 31 WYD events since. Youth from around the world gather at a predetermined location. The Vatican Website is a great resource for discovering WYD.

The Neglected Heart: The Emotional Dangers of Premature Sexual Involvement

An article by THOMAS LICKONA, developmental psychologist and professor of education at the State University of New York at Cortland. In discussions of teen sex, much is said about the dangers of pregnancy and disease, but far less about the emotional hazards.